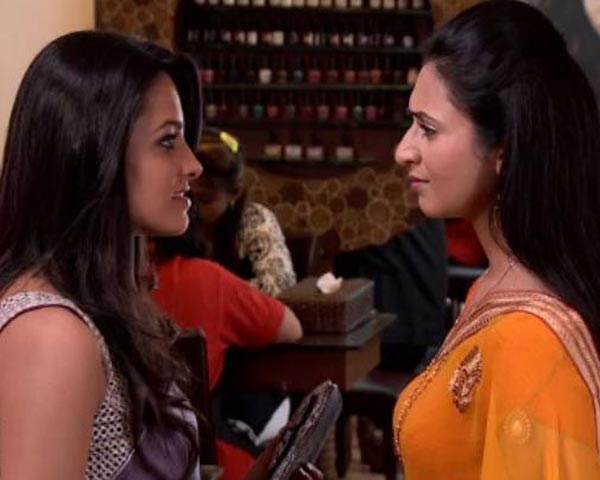 Shagun wins this round against Ishita!

Star Plus’ Yeh Hai Mohabbatein will soon see tough times for its lead couple Raman (Karan Patel) and Ishita (Divyanka Tripathi), with trouble closing in on them from all sides.
Nidhi (Pavitra Punia) has recently attacked Ruhi (Aditi Bhatia) and even though she fights back, Ruhi is still shaken up. Secondly, Adi (Abhishek Verma) has turned a jilted lover in the wake of Aaliya’s (Krishna Mukherjee) love and has turned a drunkard.
Meanwhile, an unknown person throws acid on Aaliya. Aaliya, who suspects Adi to be the culprit, files a police complaint against him following which, Adi is arrested. Raman and Ishita reach the police station but are unable to free Adi.

Mani (Sumeet Sachdev) reaches the police station and frees Adi, saying that he has impeccable trust on Ishita and her upbringing of both Adi and Ruhi. He also apologizes to them on Aaliya’s behalf. But, Mani has a motive behind why he has saved Adi.

The reason behind Mani taking back the case is Shagun (Anita Hassanandani). Shagun takes advantage of Mani’s anger and manipulates him into helping her take back Pihu (Ruhanika Dhawan) from Raman and Ishita and that is Shagun’s masterplan. Shagun will file an appeal for Pihu’s custody and state to the judge that Adi has a police complaint filed against him and that Pihu is not in safe hands.

And the worst happens with Pihu’s custody going to Shagun.
How will Raman and Ishita handle this situation?
Stay tuned for further updates!