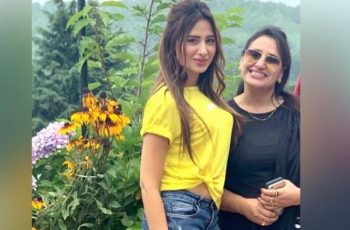 Actress Mahira Sharma’s mother Sania Sharma says Paras Chhabra and her daughter have formed a strong bond but she needs to play independently in the “Bigg Boss” show now.

“I am very happy and satisfied with how Mahira has been playing in the ‘Bigg Boss’ house. She is neutral towards things, situations and people. She is neither too calm, nor too aggressive nor abusive. I am happy she kept the family’s integrity in mind as we do not believe in such things,” said Sania.

“Last week when Paras (Chhabra) and Mahira got lowest votes… it was a sinking feeling but I am glad that she is still out there. Paras and Mahira have had a great bond over time but going by the recent course of events, I think Mahira should now play independently.

“She is the youngest of the contenders but can also prove to be the toughest if required. She has performed all tasks with utmost sincerity. It is good to have friends there in the house but she should not have blind faith in anyone, even if it is her closest pal,” she said.

The Salman Khan-hosted show has celebrities like Sidharth Shukla, Rashami Desai and Madhurima Tuli as contestants.