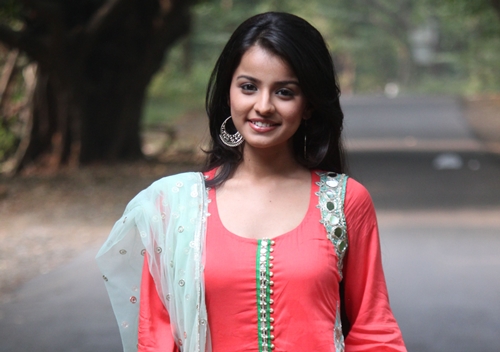 The actress will soon make her big screen debut, but with a Tollywood flick

Actress Mahima Makwana is hardly 16 years old and has been achieving laurels for her acting skills. The actress who has been a part of acclaimed shows like Balika Vadhu, Sapne Suhane Ladakpan Ke and Adhuri Kahani Hamari, is all set to make her big screen debut soon.

Mahima Makwana has bagged a film down south. She will star opposite Happy Days actor Rahul Haridas in the suspense drama. The film will be directed by associate director Venu. This will be the director’s first movie project as a solo director.

Said Mahima,”I had been getting offers for films since the time I was doing television. But I could not take those up as I was doing dailies. I got this movie soon after Adhuri Kahani ended. I am heading to Hyderabad for my shoot.”

Mahima is learning Telugu to play her part correctly. She says,”I am learning the language and it is very tough. Even though I may not master the language, but I should at least know the basics. I have to at least understand what I am emoting.”

Mahima is super nervous, excited and happy for this new journey of her life and so are we. We wish you All The Best for this venture Mahima.