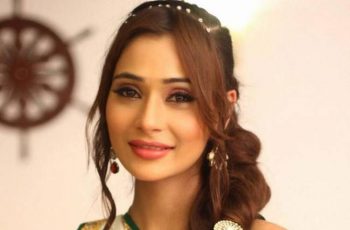 Actress-singer Sara Khan, who has released her new music video named ‘Honey Bunny’, has said that she always loved singing, especially in Punjabi language. Sara added that she always wanted to be an entrepreneur, and is now launching her own app through which she will produce short-films, songs, web series and a reality show.

“I am creating a lot of songs. Few of them are in the process of being written and a few of them are in the shooting process. I am shooting for a song in next week. My own application is coming in the market very soon. It is called Sara Khan original application, for which I have produced short-films, songs, web series and a reality show, so at the end of this month, we will announce launch date of the application,” said Sara, while interacting with the media to promote her new song.

On turning an entrepreneur, she said: “I always wanted to be an entrepreneur so, I am looking forward to that journey and I am working hard towards it.”

Talking about her new song, Sara said: “I have noticed that when a girl or guy falls in love, and they call their girlfriend or boyfriend with cute names, then ‘Honey Bunny’ is one of the most famous ones, so we picked that up and created a song. We shot this song in Dubai because we wanted to show lavish cars, broad roads, and huge buildings and Dubai is my favorite place so, we shot this song over there.”

Sara has sung ‘Honey Bunny’ in Punjabi. Asked why she chose the language, she said: “I have noticed that there are certain things which don’t sound good in Hindi but in Punjabi, they sound sweet and beautiful. Since childhood, most of my friends have been Punjabis and I have lived in that environment for a long time. So, when I was making my first song ‘Black Heart’, And I wanted to tell something, I did it in Punjabi, and it sounded beautiful. On the other hand, it was sounding bit weird in Hindi. Since then, I am in love with Punjabi language. I feel Urdu and Punjabi are quite similar and therefore, I mostly make my songs in Punjabi.”

Asked if she is open to the idea of musical concerts, she said: “I am preparing for the concerts and very soon, I might start taking part in concerts.”

Along with Sara, ‘Honey Bunny’ also features Dinesh Choudhary. It is composed by Altaaf And Manny, sung by Sara Khan and penned down by Atiya Sayyed.