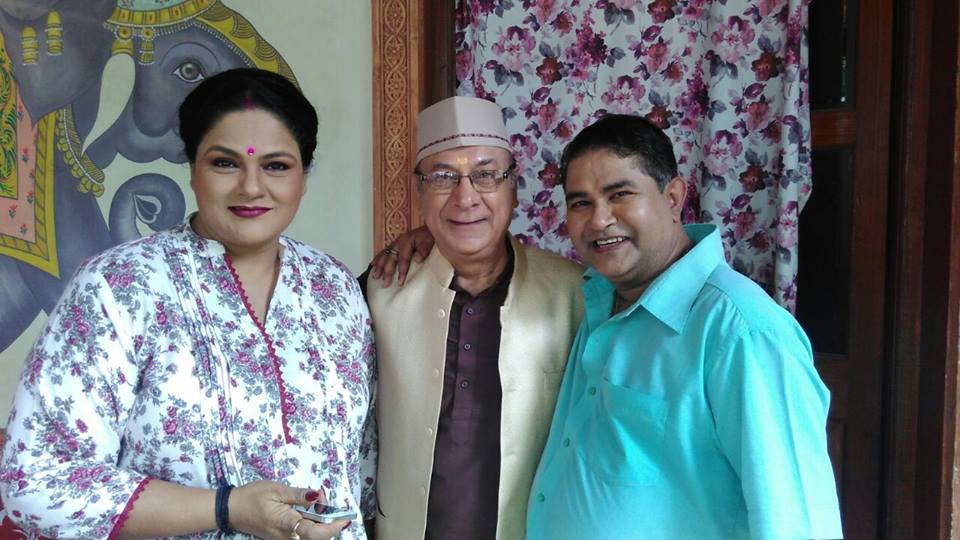 And of course, some drama too!

Sony TV’s show, Ek Rishta Saajhedari Ka is all set for the longest wedding on Television and it will witness major entries.

The makers have roped in popular actors Guddi Maruti, Ashiesh Roy and Gufi Paintal. The three will be seen in a pivotal role. Ashiesh Roy, who is currently seen in Star Plus’ Mere Angne Mein, is all set to be seen in a different role on this show.

Ashiesh will be playing the character of Purshottam, who is Diwakar’s (Sooraj Thapar) childhood friend and also nemesis, Purshottam is a happy go lucky full of beans kind of person who loves to get Diwakar mad as Diwakar is a totally serious kind of person. He also addresses Diwakar as Seethi, which irks Diwakar to no ends. But both are immensely attached to each other.

We spoke to Ashiesh, who told us, “Yes I am entering the show and it is an interesting character. It is a lovely role and my co-actor Sooraj Thapar is a fantastic actor. I am having a blast shooting with him. It is such a welcoming change from the rona dhona of Mere Angne Mein.”

The three characters will soon spice up the drama in the show!