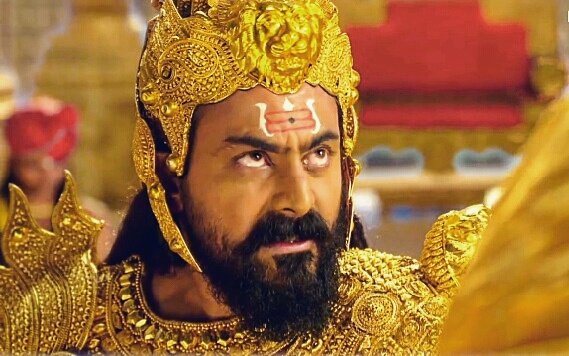 Karthik Jayaram, the “Siya Ke Ram” fame, finds no difference in working down south and in Mumbai.

Karthik Jayaram, who after making a name for himself in the Kannada entertainment industry, entered the Hindi TV space with “Siya Ke Ram”, found no difference in working down south and in Mumbai.
“I didn’t feel any cultural shock at all. As an artiste, I felt no difference in the two industries, but of course, having said that, the magnitude with which shows and movies are made here (in Hindi entertainment industry) is way bigger compared to south,” Karthik, best known for his roles in films like “Just Love”, “Bengaluru 560023” and “Care of Footpath 2”, told sources.

“So there is an overall difference in the making. Otherwise, the talent across the country in this field is amazing. The Hindi industry welcomed me very warmly and I am highly indebted,” added the actor, who is currently seen as Raavan in Star Plus’ “Siya Ke Ram”.
Karthik, who considers it a “big deal” to get a chance to play Raavan – a pivotal part of Ramayana – is not afraid of getting stereotyped in the Hindi TV industry.

“In my previous (Kannada) show ‘Ashwini Nakshatra’, I was the lead actor, whereas here I am the negative character. An actor is known for his acting delivery, not for the character traits,” Karthik said.
Further stressing upon the issue, he quipped that “the audiences are matured enough these days to understand that the character an actor plays, doesn’t define the actor in real life”.

“People in real life come up to me and say that you are so unlike the characters you have played. I don’t think one gets stereotyped because of playing similar kind of roles. At the end of the day, it is your talent that speaks volumes,” he added.
Karthik is even ready to play Raavan’s role again.
He said: “Going by the response I am getting, I would definitely love to play Raavan again. It is such an amazing and a great character. There have been fan emails saying they love the laughter of Raavan.

“Often, a character is not what an actor is in real life. But it’s upon the actor to take up such roles as a challenge. I have in some way, become an opportunist.”
After “Siya Ke Ram”, which is striving towards its climax, Karthik has a few work commitments in the southern market.

“I am focusing on a few movies down south. I would love to do TV shows if I get the right offers that are even more challenging than a character like Raavan. The standard for me has been set high and now I will settle for nothing better than the best,” he said.