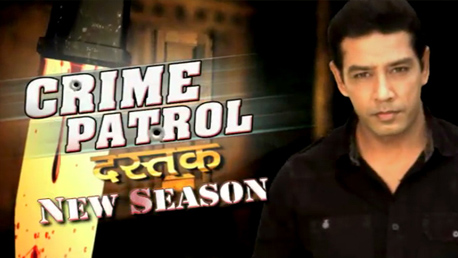 Going beyond the drama of police action in a crime situation, the show also aims to look into the “why” behind a crime. Police action on one hand gives the show the edge of how the law keepers bring the culprits to book or stop a crime from being committed. On the other hand, the show will also be looking at the sociological aspect behind a crime- both from the victim as well as the criminal’s side. Of course the overall approach would be neutral and not intending to take sides anywhere.

The policing angle is necessary to the show to bring about credibility to the cases that are tackled from the point of view of approaching a case lawfully at the same time reposing a faith in the policing system for the audience. The sociological aspect of a crime is essentially to bring an audience connect to the cases besides the thrill value. A criminal caught and brought to the hands of justice is a fulfillment of a case in itself, but why does the criminal get to doing the crime or how could a situational intervention could have stopped the criminal from doing the crime would essentially be a thoughtful take home for the audience.

WHAT CRIME PATROL WILL NOT BE.

News channels all over are loaded with crime shows each one trying to bring in a sensational value to any crime case they can lay hands on. CRIME PATROL will not resemble any news coverage in any way. Each case in the way it will be handled through presentation would be an in depth looks into the crime and not just reporting. Case presentation though having an inherent sensational value will be presented with the approach of drawing the audience’s interest and concern rather than just letting them know. The “in the face” approach of the news channels will not reflect in CRIME PATROL. The episode presentation would be oriented towards involving the audience.

CRIME PATROL will be an anchor based show.

The cases would be driven by cameras moving along with the police force from the time a crime is reported or when the police receive a call till the point the case is brought to a logical conclusion in the police records for further movement in the court of law. As such the police force is deemed to be the law keeper and not the justice authority.

The anchor would be the story teller in the show. We suggest two anchors for the episode presentation- a male anchor and a female anchor. The anchor would be the connecting link to the different cases for the audience. The anchor speak would reflect the case reality- on what happened and how it happened, how the police came into the scenario, what the police did along with a prelude and post case finale. Besides the case reality, the anchor would also analyze the situation of the crime at times presenting facets and information beneficial to the audience. The anchor at times would get into the situation of the case and talk to the concerned people in the case. Also the anchor would bring in other relevant analysts to the show pertaining to the cases. This analyst could be a counselor, a psychiatrist, may be an eminent personality from a NGO which would have a great deal of value addition to the case.

CRIME PATROL, being a show on GEC, essentially will be looking at cases that have a concern to the audience. Besides the typical cases of crime- robbery, kidnapping, shoot outs- the show will concentrate heavily on domestic cases which involve normal people as our audience are. The intention is to create an emotional link with the audience. Cases of crimes against women and children will have a high priority since the intention is to make it a show viewed across the audience spectrum and not just cater to thrills and action. This however does not mean there will not be cases of such types. A typical episode composition would essentially have one domestic case and one case of thrill.

Policing Agencies to be covered under CRIME PATROL

On the main, the police force all over the country will be the focus of CRIME PATROL. In the police force, the Crimes against Women and Children cell would be the one that will be concentrated upon besides the other wings- ATS (anti terrorist squad), Anti Narcotics Bureau, and Economic Offenses Wing and regular police stations.

Besides the Police Force, the show also will be looking at capturing cases from the BSF, ITBP, Coast Guard and NSG based upon the permissions acquired.

A typical episode format suggested is as follows,

– Anchor Opening- the two anchors coming on to screen and presenting a facet revolving around crime, policing etc.
– Case 1: A domestic case with in depth analysis
– Case 2: A thrill oriented or domestic case depending upon the content of cases covered
– STOP CRIME- an innovative information segment- completely recreated with the anchors participation – Once a week
– Finale to the episode- The anchors coming on to screen and taking up the thread from the opening.

On the overall episodes will look like this but at times depending upon the content of case, an episode could have only one case instead of 2. But as a practice we intend to keep each episode limited to maximum 2 cases where each of the case is dissected properly and made into an interesting presentation.

CRIME PATROL is a reality series. However the case presentation would be a story telling form that would have the interest of a fiction drama presentation. The prelude and finale to the case would make the case a complete story. Interactions with the analysts on the show would be treated with the audience interest point of view keeping it only as much as essential to the story telling.

For the cases, the anchor presentation is suggested to be shot at real locations resembling the location of the case. The intention is to maintain audience connectivity to the case and not take them away from the reality situation. Again even on real locations, the presentation would be made to look interesting.

The anchor opening and finale is suggested to be shot again at real locations but away from the locations of the cases. This would be specially designed locations with a picturesque appeal. Even if the background is a police station one would look at a police station which as a visual appeal to it.

The interactions or bytes of the analysts is also suggested to be kept at real locations- could be there office/clinic. The aim is purely keeping the reality aspect of the show intact and not bring in a staged feel to it.

Where would the cases be from?

CRIME PATROL is looking at a pan India presence with the cases coming in from all over the country. The concentration would be the metros, particularly Mumbai and Delhi but one is looking at interesting cases from other parts of the country also.