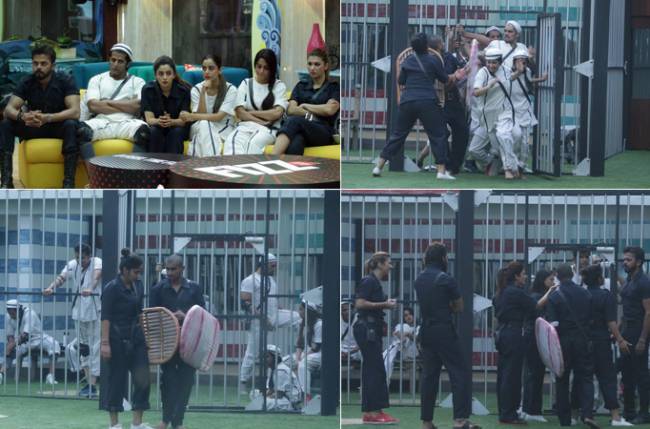 MUMBAI: Known as the house that can either make friendships or break them, the Bigg Boss house is already sensing tense vibes amongst the contestants. The Jailbreak task relentlessly continues between the contestants giving way to bouts of anger, frustration and grievances. After battling it out with the others only SreeSanth and Somi are left in the jail and Romil and Karanvir continue to guard them. Whether a chivalrous SreeSanth lets go of the opportunity to be the captain for Somi’s sake or he chooses to fight back and secure his position, there remains the bone of contention.

A strong fighting spirit is prevalent among contestants during various tasks, but few of them do not limit themselves from taking digs at each other whenever possible. In one such incident, Bigg Boss warned the contestants and asked them to refrain from speaking any other language than Hindi. Adding fuel to the fire, Deepak commented onSreeSanth and Karanvir’s usingenglish as a language for elitists, which they did not appreciate. This led to a major verbal argument between SreeSanth, Karanvir and Deepak. A vindictive Surbhi who had no participation in the argument earlier, also got involved into this scuffle and created a hostile atmosphere for all.

Later, the contestants slept over this heated fight and were woken up to a new day with another punchy song – ‘AllahDuhai Hai’, that enlivened their spirits. The second part of the Jailbreak task was announced where the roles of the contestants were interchanged. The prisoners were to be the police, Sreesanth, Nehha, Jasleen, Deepak, Surbhi, Sourabh and Somi, and Karanvir, Dipika, Srishty, Saba, Romil, Shivashish and Urvashi became the prisoners. This round too saw a lot of aggression among the contestants. While Surbhi tried to drag down Srishty as a defencemechanism, Shivashish was harsh towards Deepak while crossing the wall.

Who will battle it out and find their spot in the captaincy task? Will animosity strive or friendships blossom between the contestants?