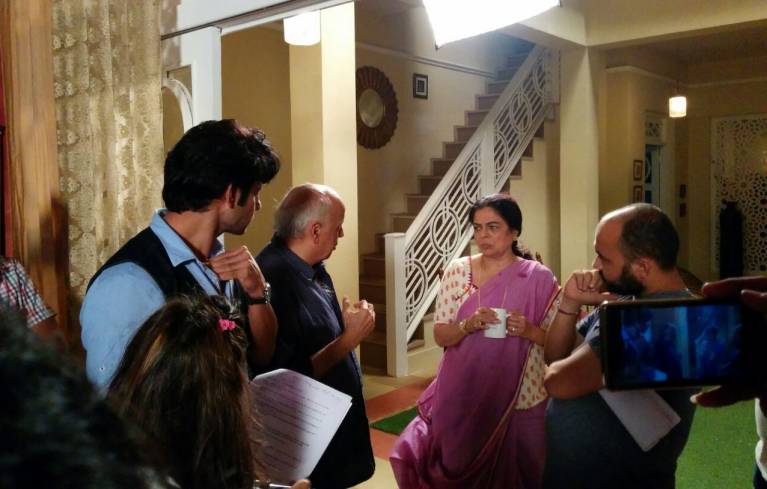 The problem started just two days after she began shooting.

Priyal Gor is not only a very talented actress, but a rather dedicated artiste too. The pretty actress developed a problem in her eye merely two days after she started shooting for her new show Ichhapyaari Naagin. When contacted, Priyal confirmed the development and said “Yes I got a sty kind of thing in my eye. It has cleaned up a little now, but there is still a knot there. I started shooting on 24th August, and I began facing this problem exactly two days later on 26th August.”

Priyal had to face a lot of difficulties shooting with the problem. She revealed, “Yes, it is troublesome because my character has coloured eyes, I have to wear lenses all day through the shoot. Applying eye make-up is a problem too and it’s painful because in such conditions, you don’t have to put dirty hands in your eyes. But here I am, applying makeup since I cannot avoid it.”

Priyal has contacted the doctors, and she bravely continues to shoot, “I am taking medicines, but it has not recovered yet. It’s actually visible on screen, but we have managed it with lighting and we are still trying,” She said.

No doubt such hard work will be rewarded, and in Priyal’s case, it’s happened in the form of feedback she’s been getting about her role, “I am getting a very good response for the show as people are liking it a lot. I am getting personally gagging compliments with viewers saying that they have not seen such a hot naagin till date! So yes, they are looking at me as a cute and sassy naagin.”

It’s amazing on the actress’ part and we hope she recovers at the earliest.