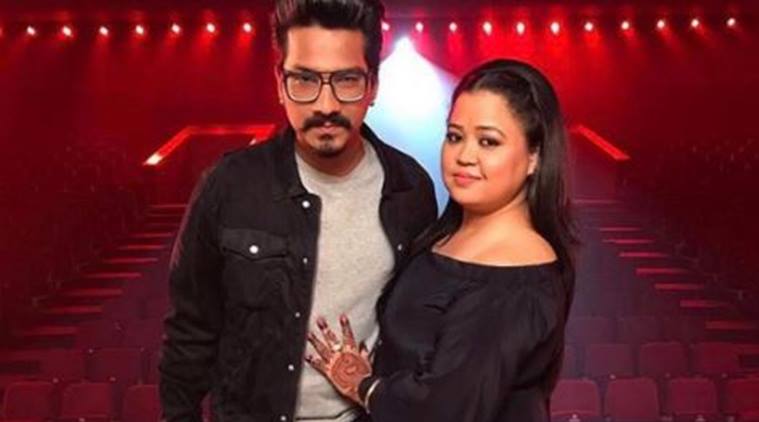 It’s time for Star Plus’ dance reality show ‘Nach Baliye 8’ to bid adieu to yet another couple.
Bharti Singh and her beau Harsh will be getting eliminated this week.
And what comes as a shock to us is that Mohit Sehgal and Sanaya Irani accompanied Bharti and Harsh in the bottom two.
Mohit and Sanaya have been the highest scoring couple from the last two weeks. Also, Bharti and Harsh wowed one and all with their cute chemistry and impeccable comic timing.
This weekend will also witness the wild card entry performances of all the eliminated contestants- Utkarsha Naik and her husband Manoj Verma, Siddharth Jadhav and his wife Trupti, Aashka Goradia and Brent Goble, and Pritam and his wife Amanjot Singh.
Will you miss Bharti and Harsh in ‘Nach Baliye 8’?