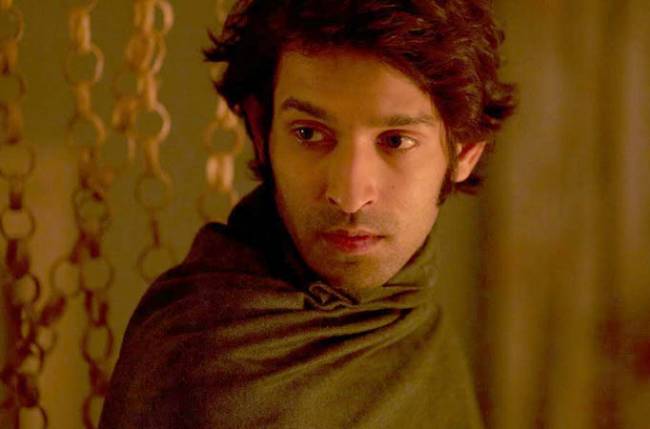 Actor Vikrant Massey is playing a pivotal role in acclaimed Bollywood actress Konkona Sen Sharma’s directorial debut ‘A Death in the Gunj’, an Indie-drama set in the late 1970’s.
The film, produced by Abhishek Chaubey has received critical acclaim at international film festivals and is all set to release in India on 2 June. The film features an ensemble cast of Kalki Koechlin, Vikrant Massey, Tanuja, Tillotama Shome, Om Puri, Gulshan Devaiah, Ranvir Shorey and Jim Sarabh.
We spoke to Vikrant Massey, who is playing the main protagonist in the film, and he happily shared about his character in the film, his experience of working with Konkona and more.
Talking about his character in the film, he said, “My character is that of Shyamlal aka Shutu, who is a shy young boy, not exposed to life, who accompanies his cousin brother’s family for a getaway to a farmhouse in Gunj. The events that follow is what the film is all about.”
When asked how was it to work with Konkana, as it is her first film, he replied, “Konkana is the reason why I said yes to the film. She’s one of the best directors that I’ve worked with. She knows what she wants and is always well prepared for the scenes. Plus, I got the opportunity to work with great actors like Om Puri, Shome, Tanuja ma’am, Kalki. It was an amazing experience.”
Talking about the critical acclaim that the film has garnered at international level, he said, “It always feels good to represent our country. I am very glad that the film got such a good response.”
He further added, “I know the film will not get much audience in India as it is not a commercial film. We know we’ve made the film for a particular section of people, and I hope they like it.”
We quizzed him about his upcoming projects and he quipped, “I can’t reveal much but I am doing a film titled ‘Pujya Pitaji’.”
Keep up the good work, Vikrant!