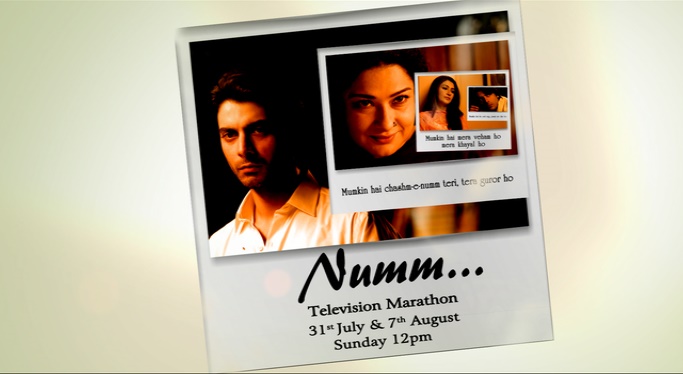 Fawad Khan has captured the hearts of millions playing the ideal man in shows like Humsafar and Zindagi Gulzar Hai. Now, you can catch your beloved actor play a very complex character of Wali Bakht in Numm. Fawad’s character is entangled in irrational old customs that affect him and his relations. Fawad effortlessly portrays the character of a poignant and stoic Wali Bakht in the show. The intense drama will premiere on Zindagi on 31st July & 7th August from 12.00 noon onwards as a part of the #FawadFestival.

Numm is a story of family, love, politics, feudal rituals and customs. The story shows the impact of strict customs and rituals of the feudal world on the inter-personal relationship of the three main characters, Wali (Fawad Khan), Mahjabeen (Sania Saeed) and Neelam (Kanza Wayne). Wali Bakht is already married to Mahjabeen for the past 17 years as a part of the punishment (Wani) for the crime that her family has committed against Wali’s family. Wali’s grandfather reasons with Wali that as per the feudal diktat, Mahjabeen can never be his rightful wife, hence he must marry Neelam and provide him with a lawful heir.

Here begins Wali’s struggle as he is caught between his two wives, Neelam’s resistance to make a place for herself in the family and Mahjabeen’s great efforts to sustain her importance in the household affairs.
Will Wali be able to provide justice to his wives and stand up against the feudal system?