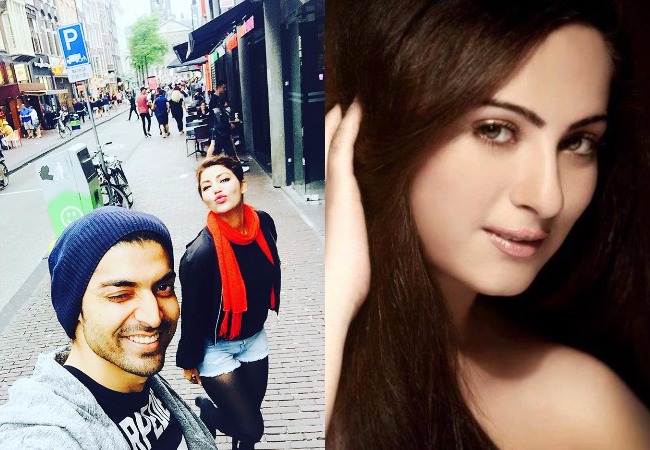 Find out if Gurmeet Choudhary thinks his wife is funny.

Comedy Dangal is all set to go on-air with Bharti Singh and Anu Malik as judges. The show has a mix of comedians, stand up artists and daily soap actors. We have two actresses who have been on traditional Indian dramas and it’s interesting to see their shift.

We asked Debina Bonnerjee Choudhary what’s it like switching from daily soaps to comedy.
She said, “The challenge of taking on comedy is huge. As actors, we keep on working in our comfort zone and its no point continuing to do the same old thing because it’s done enough.”

When asked if her fans will like her better as a comedian, she said, “Mayuri isn’t forgotten and people still miss me on the show, but I think people will love me as much as a comedian”.

The actress told us that making people laugh is a lot more difficult than making people cry in a drama show. We also wondered what her husband thinks of her new part on the show and if he thinks she’s funny.

“He finds me very funny and I think all husbands find their wives funny (laughs),” she quipped.

Lavina Tandon who has seen as Ruqaiya Begum on Jodha Akbar told us, “As an actor, it’s a big thing for me and the comedy I did was within the fiction roleplay. This time its non-fiction and you don’t get retakes so I’m nervous.”

She thinks her fans will see a different side of her, “My earlier roles were negative and so the audience doesn’t really love me since they haven’t seen me in that light. But, I can pull off any role since I am an actor.”

We asked both the actresses about the competition they would face. And both of them were optimistic about their forte and are sure it will help them take on comedy seamlessly!