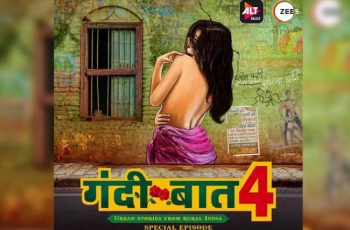 ALTBalaji’s Gandii Baat has been breaking records and topping the charts since the release of the first season. The show beguiled the audience through its three seasons. Adding to its successful legacy, ALTBalaji introduces the trailer of the all-new exciting episode of the series titled ‘Meetha Meetha…Pyara Pyara’. With the previous seasons creating mass hysteria with its enticing content, viewers can gear up for yet another alluring episode of the show.

The episode highlights how the lack of sex education combined with the social stigma of discussing sex, results in a phobia about consummating the marriage. This fear leads to some unexplored paths looking for answers to questions no one is willing to address. Gandii Baat sparkles a focus on social issues through its delineation of genuine stories from Rural India.