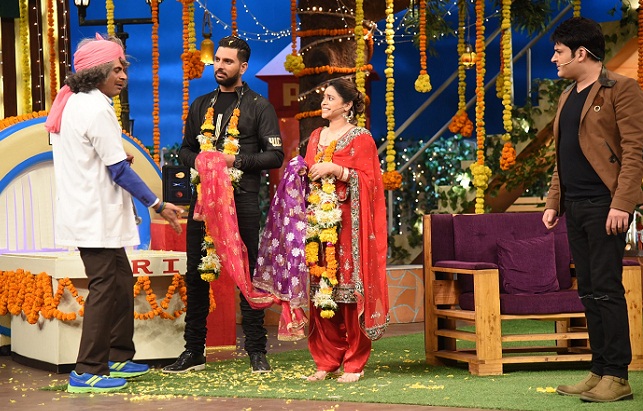 She is none other than the beautiful actress Sumona Chakravarti…

Remember the last time Jacqueline Fernandes appeared on Sony TV’s popular show ‘The Kapil Sharma Show’. She got married to Kapil Sharma in a gag and not only that, the newly wedded couple also went for a long drive.

Now following his footsteps, his earlier wife from the show, Sumona Chakravarti too will be marrying on the show. Wondering whom will the actress get married to? He is none other than the beloved sportsman, who, in real life is married, Yuvraj Singh.

Yuvraj Singh will make his television appearance with gorgeous actress and wife, Hazel Keech. However, in a gag, Sunil Grover will be seen forcing Yuvraj to marry his onscreen daughter on the show, Sumona.

Indeed, it would be fun to see some wedding drama yet again!