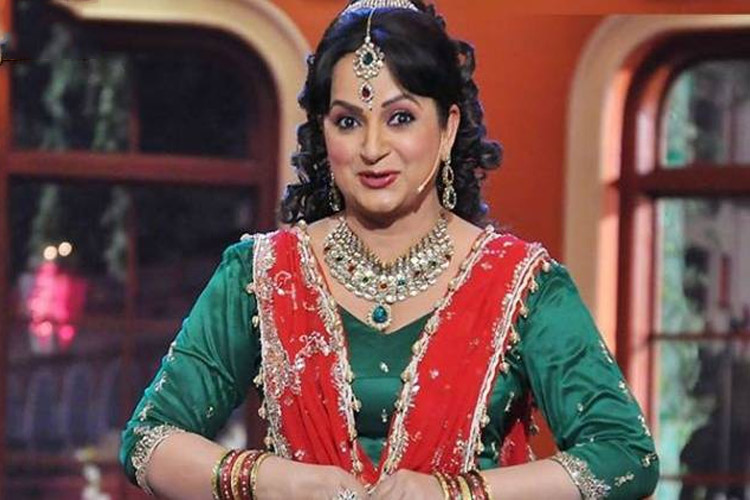 The actress is FINALLY back on the show..

A saga that went on for too long and had everyone glued to it was the major Kapil Sharma-Colors war, where several silent shots were fired by both the parties. It all commenced with ‘Comedy Nights With Kapil’ going off-air after a fallout, it pretty much ended with Kapil launching his new show, ‘The Kapil Sharma Show’ on Sony Tv.

However, amidst all of this, one thing which was appreciated was the loyalty of Kapil’s gang where actors, Ali Asgar, Kiku Sharda, Sumona Chakravarty, Chandan Prabhakar and Sunil Grover chose to be with Kapil on the new show. They did not be a part of the replacing show, ‘Comedy Nights Live’ and that deserved a kudos.

Many were shocked to see actress Upasana Singh aka Bua choosing not to continue with Kapil and rather continue on the rival show, ‘Comedy Nights Live’ with Krushna Abhishek and Bharti Singh. This decision sparked several eyes which were fused out later.

After several controversies, Upasna chooses to finally be back with Kapil Sharma. And she will be joined by another lost member of Kapil’s family, Naseem Vicky, who was the first ‘Raju’ on ‘Comedy Nights With Kapil’.

We tried contacting Upasna, but she remained unavailable. However, we got an indirect confirmation when the creative head of the show, Preeti Simoes tweeted about the same.